A winery might not be the most obvious location for a cannabis dinner pairing — at first. But it becomes immediately apparent how appropriate it is once you’re aiming to treat cannabis like an upscale meal enhancer, as you would a good glass of wine.

So on the Friday evening before the Emerald Cup in Santa Rosa, California, it seemed only natural that cannabis industry folks gathered at Bowman Cellars for an eight-course meal, accompanied by NASHA concentrates presented in elegant, sturdy vaporizers by Topstone. 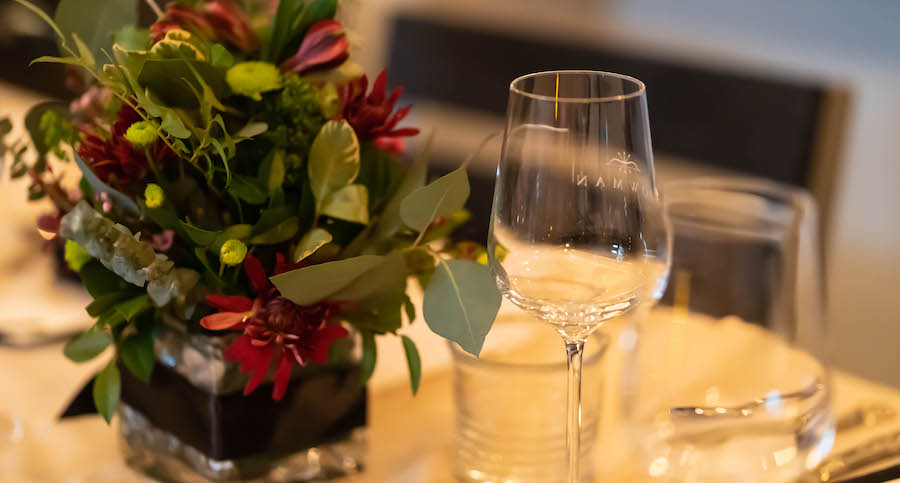 Munchies, But Make It Classy

With creative, intricate take on dishes like sweet potato, octopus, carrot, cuttlefish and angel cake, along with fine wine, the dinner paired food with weed to bring out the flavors of each. There were different buzzes for different courses of the meal and it was clear the experience was curated for a consumer with high taste, so to speak, in munchies.

The dishes, prepared by Michael Magallanes of the Opulent Chef, were at once interesting enough to captivate guests’ attention, while also feeling like a sophisticated version of everything you’d pull from your fridge, stoned and looking to chow down. Here, the seemingly odd flavor combinations like chocolate and carrot felt curated and intentional rather than random and depraved.

The accompanying countertop vapes with wooden charging bases “have a place and environment on the table,” says Topstone founder William Bosch, making them perfect for mealtime use. “It’s not like taking bong rips, or a joint being passed around and you feel obliged to smoke it. It’s a simple, casual way to smoke hash.” 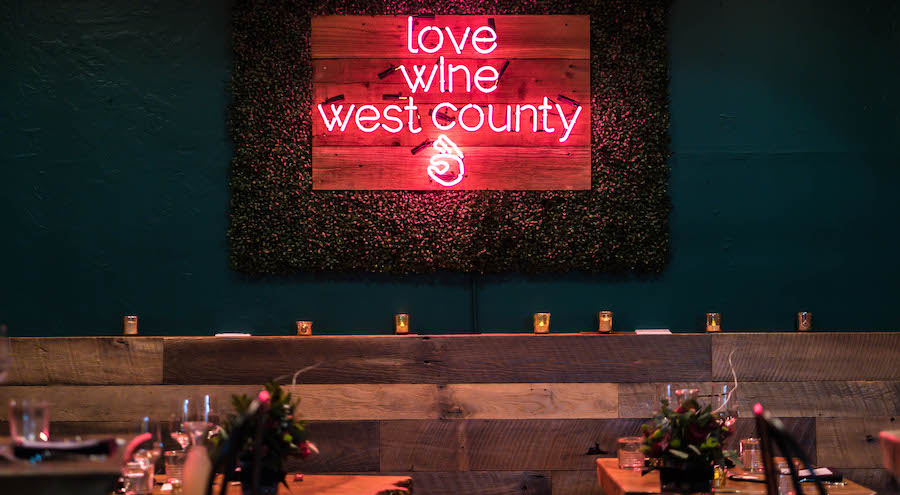 “Initially we picked a whole plant, fresh frozen, live rosin pressed at a really low temperature,” explains Barron Lutz, CEO of NASHA. “And what this did was create a flavor with a lot of THC and banana, which gives me an energetic feeling and gets everyone talking and social. Then we moved onto Sunset Sherbert and the Zkittlez, [which] makes people chill out a little bit after they’re eating.”

The flavors in the banana rosin were meant to complement a milk-based dish, he explains, while the Sunset Sherbert was meant to be akin to a Cabernet, with a full-body, fruity flavor that pairs well with meat. Other strains like Gelato were presented mid-meal to help everyone relax as they filled up on food. And with a product like Topstone that’s meant to bring out the flavors of the bud at moderate temperatures in manageable microdoses, the details and quality of the cannabis really stood out.

“In the end, it’s all about how beautiful these farmers are and the quality of the resin only comes from the farmers,” says Lutz. “They’re all in Humboldt County and have been doing that for ages. To be able to get a product like that from just ice and water and pressure, that’s the purest you can get. And the cannabis is outdoor grown — you don’t see people putting their Cab grapes inside warehouses in the desert.” 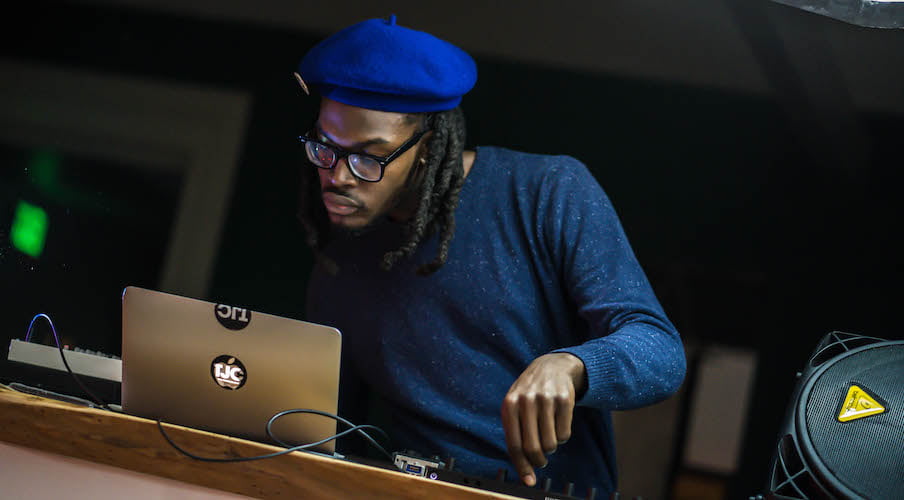 Much like the flavors of the food and the cannabis, the music that accompanied the dining experience was mesmerizing: steady, yet trippy, ambient beats punctuated by deep trills and smooth electronic melodies. “East coast, west coast, the cuisine is always presented very well and there’s always music with the food,” says New York-based DJ The Josh Craig. “It makes the environment that much more welcoming for people who are dining with strangers.”

Indeed, while most of the guests were meeting for the first time, the invite-only crowd was also curated specifically to highlight certain folks in the cannabis space. About a third of those in attendance were farmers from Humboldt County according to host Chris Coulombe, CEO of Pacific Expeditors, a cannabis distributor and a sponsor of the Emerald Cup. “We put the farmers out front,” he says. “We want to stand beside the farmers, not in front of them.”

Per Coulombe, the motivation behind the dinner was to continue to destigmatize cannabis by elevating its positioning in fine dining. “We’re trying to bring it into the same light that people look at Burgundy or Bordeaux,” he says.

Looking into the future, he says he sees defining cannabis within a legal framework as a challenge he aims to tackle.

“I hope to keep doing events like this, and I see there are a lot of restrictions in regulations as far as our ability to advertise — that’s our biggest inhibitor, the ability to articulate what cannabis is and how it fits inside the greater community,” he says. “That’s what this is trying to move towards. I hope it becomes a normal conversation so we look at flower and we’re like, ‘yeah, it’s flower.’”